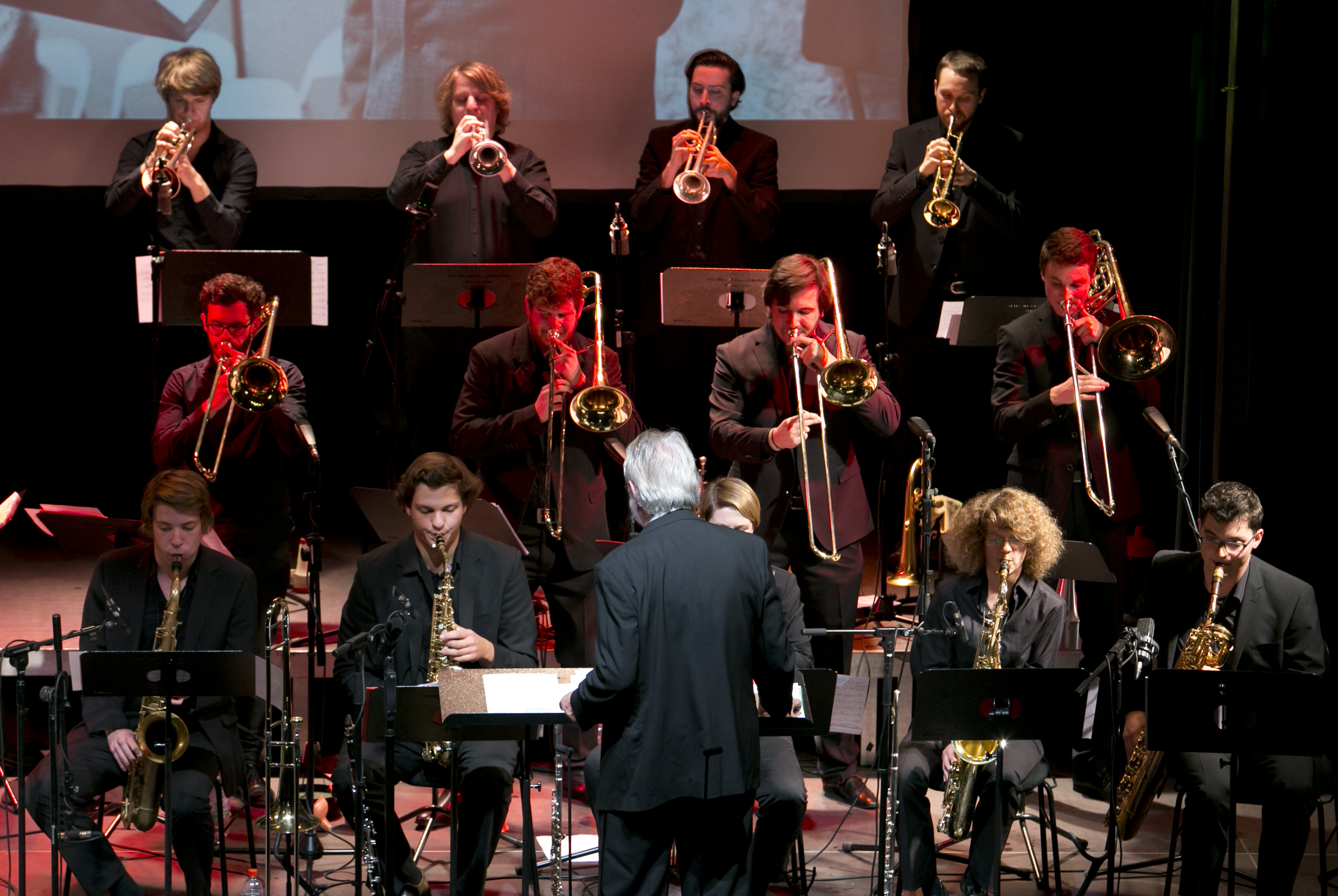 The Big Band at the Mainz School of Music is composed of students from the Jazz division and the Music Education division and is directed by Konrad Georgi.

The 20-member ensemble makes regular appearances and performs music from a wide range of genres. In addition to performing its own constantly evolving repertoire, the ensemble can also point to a wide range of activities providing accompaniment to artists.

Almost all concerts given by the Big Band feature premiere performances of student compositions and arrangements. This is a result of the artistic training received in these areas.

Concerts and guest concerts in other universities testify to the ongoing artistic cooperation at the highest levels.

When attending Big Band concerts, audiences can look forward to stylistic diversity, sophisticated arrangements, and a musical event characterized by a sense of exuberant joy.